Get the last version of FL Studio App from Multimedia for Android. FL Studio (previously Fruity Loops) is a powerful music editing studio that has finally arrived on Mac. Note that this is not a native version for Mac though - FL Studio has been wrapped... Read More > 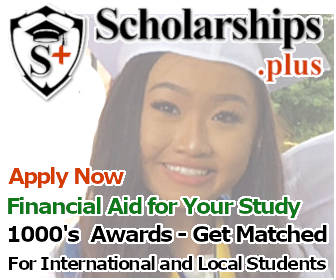 FL Studio is a Multimedia app for Mac devices developed by Image Line. The latest version of FL Studio is Mac OS X Beta 12.2 compatible with system version Mac OS X and higher. The last mod was released on 22-дек-2017 and is available directly on ApkGain.com. FL Studio is the property and trademark from the developer Image Line. Please note that we only provide the original and free package installation without any modifications. Check our "safe download" sign to get the latest report from McAfee to see if the FL Studio download is completely secure.


FL Studio (previously Fruity Loops) is a powerful music editing studio that has finally arrived on Mac. Note that this is not a native version for Mac though - FL Studio has been wrapped by the developers with Windows emulator Crossover to port it onto Mac. While this means some of the functionality is limited, it's still the closest thing to having the awesome audio editing power of FL Studio on your Mac. Since this is still a beta, expect some bugs too. The closest thing to having FL Studio on Mac
FL Studio is squarely aimed at professionals although this Beta is strictly in a testing stage to await further feedback from Mac testers as to whether it's worth releasing a fully functional stable version (you can leave feedback in the FL Studio Forum). Most of the plugins that work on the Windows version work on this wrapped version of FL Studio for Mac. This includes connecting MIDI devices, Flowstone and Performance Mode which all work as if it were a native app for Mac. However, the developers cannot guarantee third party VST compatibility. Feels just like using FL Studio on Windows
FL Studio functions pretty much the same as the Windows version but you'll need an unlock key to enjoy full usage of it. If you've already got a license key for FL Studio on Windows, you'll need to download FL Studio for Mac plus also the FLregkey.Reg key from the Studio Line website. If you run the installer without the key, you'll only be able to run FL Studio for Mac in Demo mode.
There's also a certain amount of optimization configuration you'll need to do on Mac before you can get going. Full details of this are in this tutorial video:
The developers stress that no guarantees can be given for compatibility with 3rd party VST plugins. Some may work fine, others won't and if you really need certain plugins, your best bet is still to use Boot Camp and install the Windows version. A great effort at bringing FL Studio to Mac
If you've been stuck with Logic Pro X or Ableton Live because there was no FL Studio for Mac, then this FL Studio crossover version is a very interesting project.
Download and install free mac app file for FL Studio.

2017-12-22
Advantages: Most of the functionality of the Windows version, Powerful music

2017-06-14
Advantages: Supports multiple MIDI imputs, Lots of plugins, Most of the

Advantages: Most of the functionality of the Windows version, Powerful music editing features, Supports multiple MIDI imputs, Lots of plugins, Brings FL Studio to your Mac

Disadvantages: May not be compatible with all VST plugins, Ported to Mac - not a native version