Get the last version of Shadow Fight 2 Game from Action for Android. The sequel to the famous Facebook smash hit with 40 million users Shadow Fight 2 is a nail-biting mix of RPG and classical Fighting. This game lets you equip your character with countless... Read More > 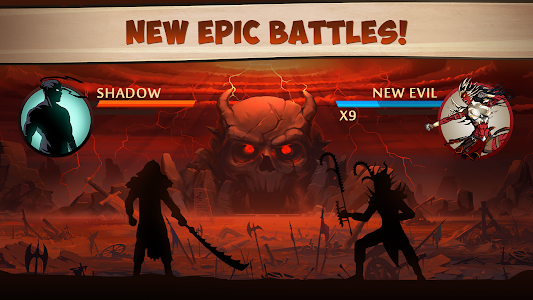 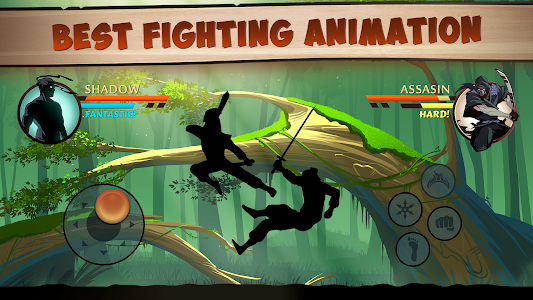 Shadow Fight 2 is a Action game for Android phones and tablets developed by NEKKI. The latest APK version of Shadow Fight 2 is 2.21.0 compatible with Nexus, Sumsung Galaxy, LG, Huawei and Kindle Fire mobile phones and android devices having system version 6.0 and higher. The last mod was released on 29-июн-2022 and has google play package name com.nekki.shadowfight. Please read the details about the game below. Easy and fast Shadow Fight 2 APK download of the android version 2.21.0 is available directly on ApkGain.com. Shadow Fight 2 APK is the property and trademark from the developer NEKKI. Please note that we only provide the original and free apk package installation without any modifications. Check our "safe download" sign to get the latest report from McAfee to see if the Shadow Fight 2 download is completely secure. Customers who installed and played this game gave over 15300000 user ratings with an average rating 4,0 of 5 stars relating to Shadow Fight 2. More than 100000000 people have played this game by now. Join them now and download Shadow Fight 2 game APK directly on our ApkGain.com play market!

Shadow Fight 2 is a nail-biting mix of RPG and classical Fighting. This game lets you equip your character with countless lethal weapons and rare armor sets, and features dozens of lifelike-animated Martial Arts techniques! Crush your enemies, humiliate demon bosses, and be the one to close the Gate of Shadows. Do you have what it takes to kick, punch, jump, and slash your way to victory? There’s only one way to find out.

- Devastate your enemies with delightfully intuitive controls, thanks to an all-new
fighting interface designed especially for touchscreens.

- Enter the "Underworld" and fight with friends against fearsome bosses!

5 stars: Very good combat, graphics, animations, story, and amazing music. With multiple weapons to choose from and many enemies to fight along with a breathtaking story, it really keeps you coming back for more even if you find yourself fighting a tough boss and kinda stuck you can overcome it with practice. Shadow fight 2 is a beatiful game and it only gets better woth the special edition with no adds, a gem bonus, and unlimited energy. 1000/10
4 stars: So many ads it used to be much better without the ads but now there are ads every time you finish a fight. It is so annoying and some time it gets stuck and you have to reload the game which takes time. Otherwise, the graphics and the music is amazing. Bosses's weapons are very nice and have strong enchantments.
3 stars: I think some performance issues need to be addressed. My game keeps crashing continuously at random intervals, which is somewhat frustrating on its own, but it happens as soon as I start a fight, so it sucks up my energy as well. The mechanics themselves, as well as the story are great though.
2 stars: This game is fun to get started, but you get an ad after every fight. This is acceptable if you expect it. However, as you progress, there's a game mode called

2022-06-29
What's New: *There's an element of truth in every myth. The day before an independence
Reviews: 5 stars: Very good combat, graphics, animations, story, and amazing music. With

2022-06-01
What's New: *In the bowels of the earth there lives an ancient cult that organizes ritual
Reviews: 5 stars: Very good combat, graphics, animations, story, and amazing music. With

2022-02-01
What's New: Shadow Fight 2 apk bug fixes and app improvements. New download for Shadow Fight
Reviews: 5 stars: This game is supper fun to grind the only bad part about it is the ads

2021-12-23
What's New: Shadow Fight 2 apk bug fixes and app improvements. New download for Shadow Fight
Reviews: 5 stars: Very good game the only problem is that the fights are so hard like

*There's an element of truth in every myth. The day before an independence celebration, the dark legend of a small tribe has come to life, and now its ancestors' memory, in the form of a vengeful spirit, is destroying everything in its path.
*A new event in honor of Independence Day!
*New boss. Be sure to fight him before the end of the event!
*New Battle Pass. Compete daily tasks, earn points in the event raid, and get rewards!
*Bug fixes